Flying Gramophone is a new Folk night, hosted by local trio, Mountainface. The night hopes to expose new Folk and Acoustic acts from the North West. I went along to the debut night on 12th January to see what it’s all about.

Hosts, Mountainface opened the show. The band describe themselves as a contemporary folk trio, and they boast a fresh and exciting approach to the folk genre. For three musicians who have only recently begun playing together, the depth and emotion to their music is remarkable. The night gave us an opportunity to sample their unique blend of expressive songwriting and melodic, but technically complex, musical sequences. There is a real passion and enjoyment in their playing that was obvious to all. The happy vibes were radiating, as well as a lot of energy, and it was evident in the crowd’s reaction! Closing their set with a cover of John Martyn’s ‘Over The Hill‘, they opened with a stunning 3 part acapella harmony, captivating the audience, and rolling on in to the main body of the song with energy oozing out. There is more to come from this dynamic trio – watch this space! 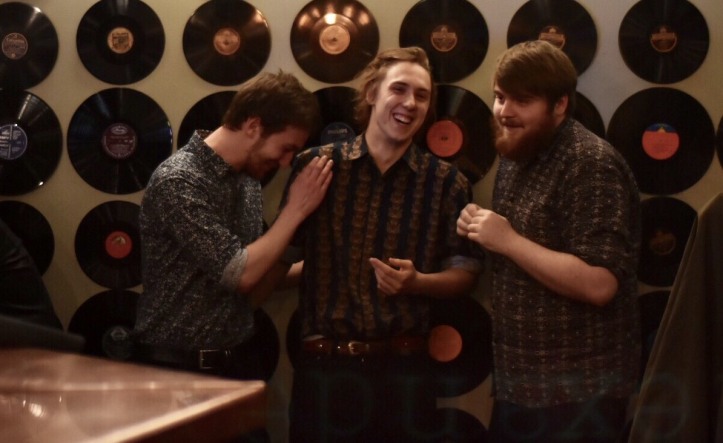 Next up was Merseyside acoustic duo, Limerance. I had heard good things… and I was not disappointed. Calum Gilligan (guitar and vocals) and Jenny Coyle (vocals) are a stunning combination. Sharing a microphone, they delivered a gorgeous, intimate performance, full of emotion, and when they sing together their voices become beautifully entwined. There really isn’t anything negative to say about this lovely pair, the vocals were faultless and the songs were sweet. Lyrically they overflowed with imagery and optimism and one line that resonated with me was from the track, ‘In The Sun‘ – “Looking out of the window at a world cracking open in the sun, a world of possibility”.

Next to take to the stage was well-known local artist, Jon Coley. Renowned for his passionate performances, his style is a unique blend of blues, folk and soul; taking inspiration from the likes of John Martyn and James Taylor. I have seen Jon play before, so I knew what to expect, but his impressive vocal range is likely to take new listeners by surprise. Present were the big, soulful vocals (and the big, soulful hair) I was anticipating, but I felt Jon was still able to offer something new. In parts he showed us an exposed, more refrained side, to the songs that I thought familiar. It was refreshing to see him in new, slightly softer light.

Up next was a local favourite, Pete Douglas. Pete’s songs are stories and he tells them well. Constructing familiar tales, he invites you on a journey within each song and performs them with the same warm, recognizable charm. Having heard Pete before I hoped for one of his songs, a crowd pleaser, and one I’m particularly fond of -‘The Wedding Song‘. A story detailing the antics of a dysfunctional family wedding, a scenario we can all relate to and a perfect example of Pete doing what he does best!

The final act of the night was Manchester based Caitlin Gilligan. Caitlin’s hometown however, is Galloway, Scotland and her rural Celtic roots are the foundations of her music. Caitlin’s delightful style is simple and exposed. Her guitar lines, although modest, are accompanied by her strong vocals and she, like a siren of the sea, draws you into an intimate, and enchanting performance. We were also treated to the title track from her new, soon to be released, EP, ‘Painter and the Sky‘. A beautiful testimony to Caitlin’s descriptive songwriting and charming delivery. The EP will be released some time in February. 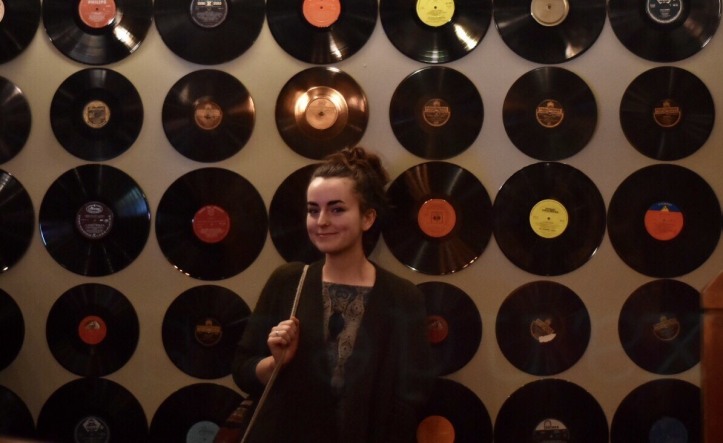 Flying Gramophone takes place on the second Thursday of every month at Alexanders in Chester. Head down to the next one on the 9th of February to check out artists such as Joel Anthony, CF Boneslum, Chris Tavener and Nine Blind Ravens.

Are you a Folk music fan? Will you be making it down to the next Flying Gramophone night? If so, share your experiences with us in the comments below or tweet us @FringeCultureBl.
You can also e-mail us any time fringecultureblog@hotmail.co.uk